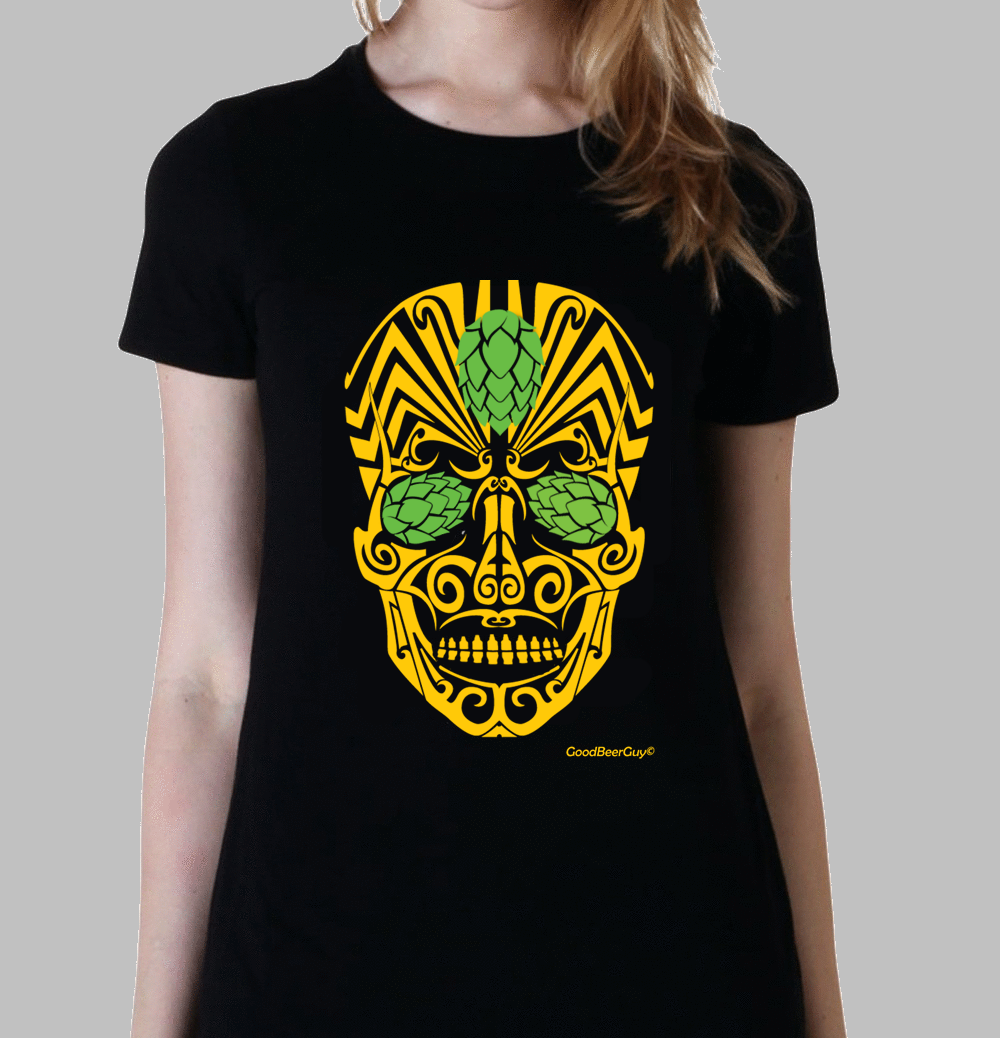 This hoppy beer calavera t-shirt with a mexican sugar skull is inspired by a Maori tattoo design – the eyes are hop cones and the teeth are beer glasses and bottles.

Return within 2 weeks and get your money back!

About the Beer Calavera T-shirt for women.

This hoppy beer calavera t-shirt with a mexican sugar skull is inspired by a Maori tattoo design – the eyes are hop cones and the teeth are beer glasses and bottles.

History of the Calavera

“A calavera is a representation of a human skull. The term is most often applied to edible or decorative skulls made (usually by hand) from either sugar (called Alfeñiques) or clay which are used in the Mexican celebration
of the Day of the Dead (Día de Muertos) and the Roman Catholic holiday All Souls’ Day.
Calavera can also refer to any artistic representations of skulls, such as the lithographs of José Guadalupe Posada.
The most widely known calaveras are created with cane sugar and are decorated with items such as colored foil, icing, beads, and feathers.

Role Traditional methods for producing calaveras have been in use since the 1630s . The skulls are created either for children
or as offerings to be placed on altars known as ofrendas for the Día de Muertos which has roots in the Aztec, Mayan, and Toltec cultural celebration of the Day of the Dead.

In pre- Columbian times the images of skulls and skeletons were shown often in paintings, pottery, etc. representing rebirth into the next stage of life.
These skeletons are created from many materials such as wood, sugar paste varieties, types of nuts, chocolate, etc.
When used as offerings, the name of the deceased is written across the forehead of the skull on colored foil. ”

There are no reviews yet.

Any cookies that may not be particularly necessary for the website to function and is used specifically to collect user personal data via analytics, ads, other embedded contents are termed as non-necessary cookies. It is mandatory to procure user consent prior to running these cookies on your website.